To have the optimal experience while using this site, you will need to update your browser. You may want to try one of the following alternatives:

WE ARE HERE TO HELP. 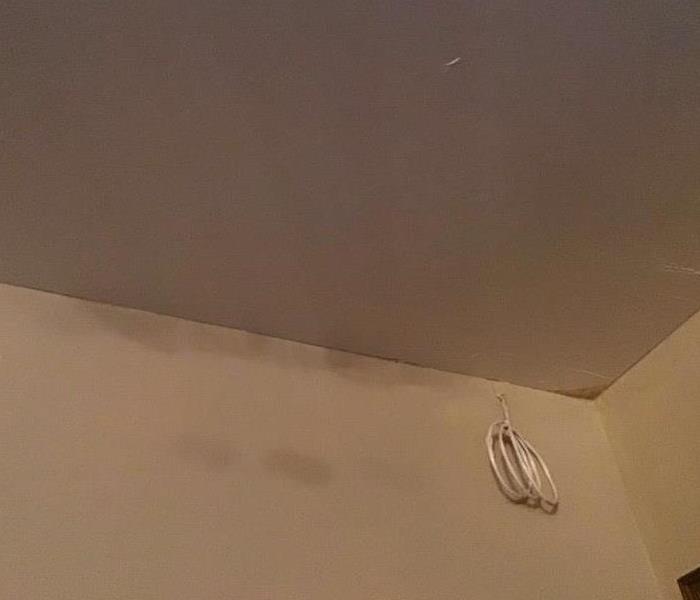 Water leaking through the ceiling.

After a unexpected snow storm hit Albuquerque, New Mexico many people in the city were excited to see the snow but as many as you know, New Mexico has some crazy weather conditions. After a few days, once the snow had melted, SERVPRO of Northwest Albuquerque received a call about a customer who noticed some water damage on the a side of his roof through inside. It seemed like there was a leak after the snow melted. After SERVPRO of Northwest Albuquerque was able to track down from where the water leak was coming from and get it fixed up. Our team was also able to make sure that the ceiling looked as good as new after we were able to identify where the damage was coming from. We strive to make it as seamless for our customers.